How To Live In a Car While Working in IT

When asking my social networks for potential topics to write about, one friend of mine replied :

Which is certainly something people might not know about me unless they asked. I wouldn’t consider myself wealthy now but I’m doing ok for someone who used to live in their car. There is a longer story about my own personal development, but this is an interesting chapter, so I’ll stick to the car story.

Truth be told, it wasn’t because I was hard up. I was just between leases. My boss at the time sold me a beat up old massive toyota troop carrier for $5,000 which I bought with the proceeds from selling my other car, a tiny white Barina. These two cars could not have been any more different really. Anyway, I decided to sell almost everything I owned over the course of a few months on ebay, then fitted the 4wd with a mattress and a 2-stroke generator. I bought a nice DSLR camera to document this 6 month period of my life. 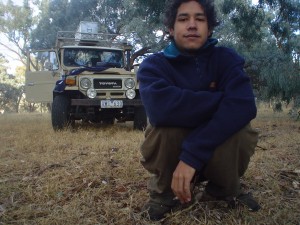 Here's a photo of the TSR I slept at most, and my "home".

At the time, I was a unix systems administrator at a national ISP. I still had to come into work but at night I’d go off and find interesting places to “camp”. Here are my tips for living in your car while working in IT :

I hope these practical tips help you should you ever need to car camp and work in IT at the same time. Having shed most of my earthly possessions during this period of my life made me appreciate that what was most important to me was my mobile devices & data (and a guitar). Once I had returned to normal life in a house I had saved a large chunk of money and generally spent less on everything. I required less. I hoarded less. Before long I had a deposit for my first permanent house + mortgage.

Maybe I’ll get into all the rest later. Hope you enjoyed reading.

I’ll leave you with a few photos I took over that time. I credit my time living in the car to learning most of what I know about photography.

: living in your car, troop carrier, working in IT